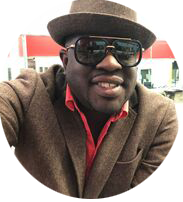 Frontlinez Barbers is a top-notch (Hair-Care) establishment located in the Oakwood-Vaughan area, specifically at 511 Oakwood Avenue, in the former city of York, Toronto.

Clifford Paul, popularly known as Cliff, took what began years before in a variety of settings as a youthful hobby, from its embryotic stage to another level. With a deep desire to showcase his creativity, talent, and skills, coupled with a strong determination to serve the community, this self-starter birthed his brainchild, Frontlinez Barbers, in 2004. Deep-rooted in professionalism, with a professional who believes in life-long learning, Frontlinez Barbers has constantly evolved over the years: maintaining and extending its professional services combined with top notch individual customer care that caters to an ever-growing diverse clientele.

Everything You Need to Know About Your FrontLinez Barber

Cliff was born in the village of Beaulieu (Beautiful Place), in St. George's, Grenada. He later migrated to Toronto in the early 1990s to join his mother and sibling. Several stints in surrounding Barbershops led him to his own, where he remains on the haircut map, running a business that prioritises customer satisfaction.
One of the things he enjoys is meeting people every day and seeing their happy, satisfied faces. "I absolutely love the fact that I can inject a dose of confidence in people’s lives with every haircut." After more than 20 years in the business, he remains fully committed to Frontlinez Barbers’ initial motto: "Look smart, be confident with every haircut" but has crystallised and clarified his belief to, "Make a Statement without Saying a Word."

In addition to the above, Cliff explores other aspects of his creativity in his spare time. As a multi-talented entrepreneur, he dabbles in the art of Radio Broadcasting, is a Voiceover Artist who loves recording "Hype Party" commercials and video editing. He enjoys travelling: attending and participating in conferences, workshops and events locally, regionally and globally. These varied experiences help to solidify a more hands-on approach to his techniques as he continues to hone his craft. Not only is Cliff committed to learning and improving himself, he is also a firm believer in sharing his knowledge and skills to help empower others because, as he says, "There are unlimited opportunities for growth and expansion."​